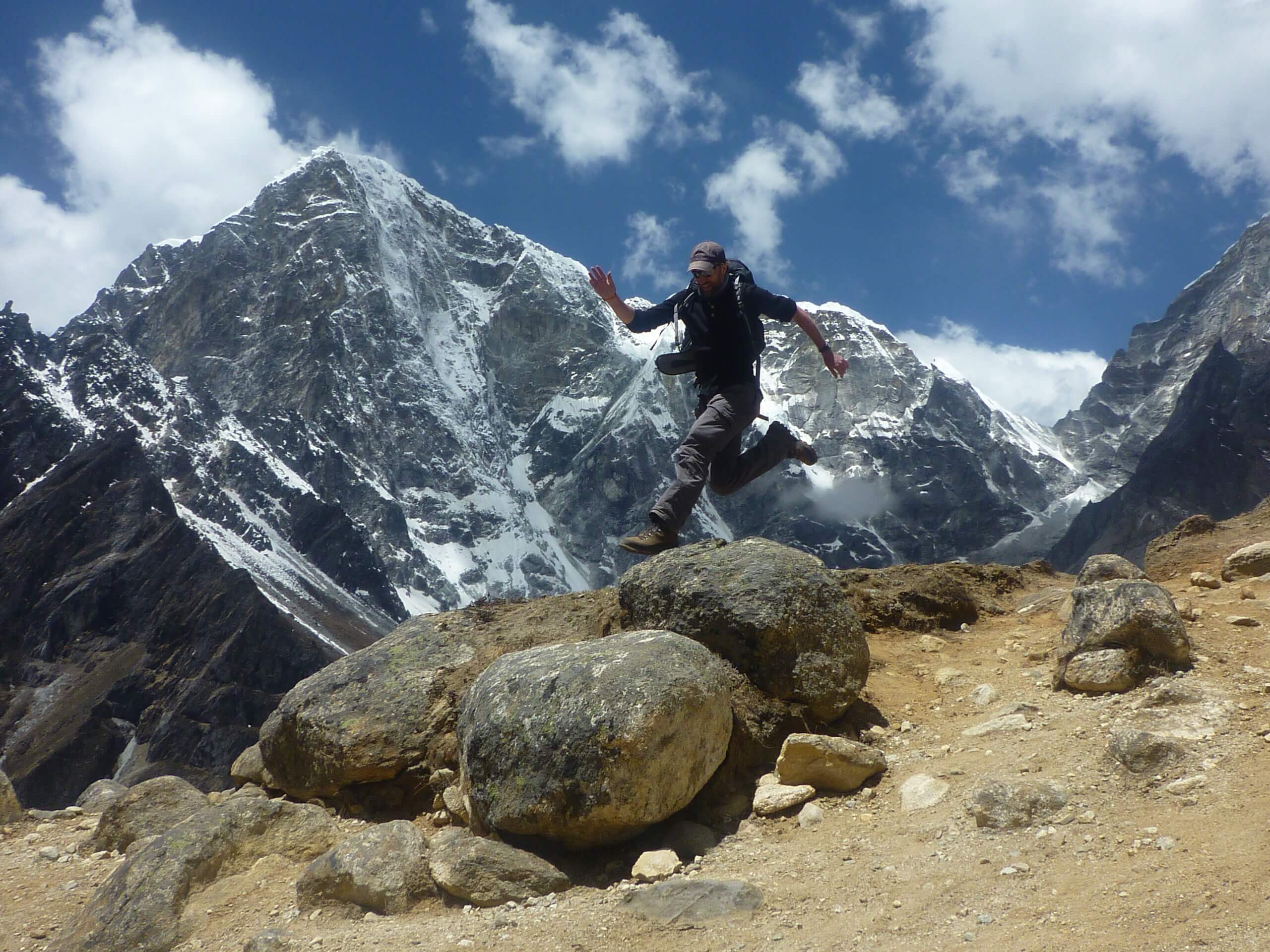 I tried to put something here as an introduction; to give a basis for this short interview of Jamie but I got lost. He’s a guy who’s seen trails in so many cool places that it is surely best to give His own words tell what He’s about!

How long have you run?

Sounds a cliché, but I really have been running for as long as I can remember. I come from a remote part of the Highlands in Scotland. We used to run to school as kids there, and I remember always running across fields and hills to meet up with friends or to visit my grandparents in neighbouring farms. I used to like challenging myself even as a young teenager, sometimes running cross-country to the nearest town to hang out with friends, and then to run back at night as there were no buses. I competed in schools cross-country trail events in Scotland but things gradually changed the older I got. By 18 years old I’d moved to Edinburgh to play guitar in rock bands, so the running pretty much stopped around that time. I hardly did any running for the next 10 to 15 years, but started again in 2001 – to do a city marathon to raise funds for a charity. I got hooked again, and started doing lots of marathons. Over the years, that changed back to trail running.

How did you get in to trail running?

It’s always been a part of life, off and on, and for fun, mostly, but in some ways I feel like I am only just starting out as a trail runner. I never used to run as a full-on competitor, it was always more about enjoying the surroundings. But I put together an idea to take on a world record run from Everest Base Camp to Kathmandu in Nepal, 320km non-stop at high altitude, to try to raise funds for school rebuilding work after the devastating earthquake that hit that country in 2015. I had to train for real to take on that run, and stop smoking cigarettes (at last). I made the attempt in May last year, and came close to the 63-hour record. It really changed things for me, and I’m going back again this year for a second attempt. I realised how much I really do love trail running, and how lucky I am to be able to do it. I feel grateful. So I’ve kept training and taking things a bit more seriously. I won a 50km trail/mountain race in Oman earlier this year, and that was my first ever race win as an adult, and at 50 years old. Just shows you are never too old to get out on the trails! 🙂

It’s a lot of fun. And also being out in nature is such a tonic for the soul. I’ve had to stop running on some trail races to just enjoy the wonderful views, too good an opportunity to miss. I also love the variety, and the different challenges that come with that. Feels a very instinctive thing to do. I like the camaraderie among trail runners as well.

How did you discover NUTS Pallas?

I first heard about the NUTS Pallas race through a Finnish friend. We met at a race in Siberia a few years ago and have kept in touch. He knew about the NUTS Pallas event and tipped me off. I followed it up, and thought it looked really interesting and a fun challenge, plus I’ve never been to the north of Finland, and I’m always interested in exploring new places. A 134km trail run is the perfect way! Can’t wait 🙂

What are your expectations of Finland / Lapland 🙂

I’ve only ever been to Helsinki in Finland, and enjoyed it, but of course there is so much more to see. The comparative remoteness of Lapland is appealing, and I’m really looking forward to experiencing some well-off-the-beaten-track wilderness. I assume there will be some of that! I’m also looking forward to meeting some hopefully like-minded people there and finding out more about the area.

How do you train -> where, how much, best training run

I prefer to keep my training very flexible, rather than scheduled. It depends on lots of things, all the usual work/life stuff, the weather etc. I do aim to run every day though, and twice most days. Always outdoors. I hate using treadmills, though I can see there are benefits.

Hard to tell my average weekly mileage. I never keep count. It has built up a lot over the last two years though. Took time to gradually increase things, as the first time I did more than 200km in a week I got shin splints and had to stop for three weeks. Seems obvious now, but you live and learn!

Everyone is different, but I’ve always found my best training runs to improve performance are early in the morning. I always struggle to get out of bed though… every time. But always glad I did, once I’m moving. I also really like running at sunset and in the dark, with a headtorch. I do lots of shorter runs, 5km to 10km, as they take less planning, and I’ll throw in lots of hill reps and very short sprints. I guess the most usual day would be two runs of about 10-12km each, one before work, one later in the evening.

I do some ultra-distance runs in training, but not many. Maybe only one big run in 6-8 weeks, depending. I’ll plan a route and include opt-out options along the way. I’ll frame it like a journey, the idea is to book a spot in a hostel about 150km to 200km away and see how it goes. I’ll take a light backpack and money to buy water and chocolate wherever on the way. And a bus/train fare to get back just in case. It makes the long distance stuff more fun.

I live in Oslo, Norway, so I really love how easy and quick it is to get out into the forests around the city, and the mountains are accessible for more technical terrain. I couldn’t go back to living in a place without easy access to trails now. I’ve also recently tried training in Tenerife, at altitude (2,800 to 3,200 metres) on Mt Teide. That has been great, just a shame it is so far away.

What races did you run so far? Best experiences?

I’ve done about 100 marathons and trail races around the world and have been very, very lucky to have been able to find the time, and scrape the money together, to travel. Running has been the motivation and inspiration to travel. I love seeing new places, parts of the world I’d only ever seen on TV as a kid and never imagined I’d be running there one day. And I love meeting people from different cultures around the world. So many unforgettable experiences. I’ve run the highest and the lowest marathons, at Everest and the Dead Sea in Jordan, across a frozen lake in Siberia, across the Atlas mountains in Morocco, through the jungle in Peru, deserts in the Middle East and more. My favourite places to run are in the mountains, in Scotland, can’t forget my roots, Norway, and Nepal is a fabulous place to run.

Having just said Nepal is a wonderful place to run (it really is!), I had an odd moment on one run. I was running with two Nepalis on a long trail race. We stopped to take a drink of water, and one of them looked at me very oddly. I had a long beard at the time. He stepped closer, and started to laugh. Both guys then really laughed. One reached up to my beard. I thought I had a leaf or a sweet wrapper stuck to my beard, so started laughing as well, albeit a bit nervously. The guy pulled a giant black leech from my chin. A very well fed leech. It had obviously been there for quite some time. I had no idea. It somehow must have got ‘attached’ when I was running through part of a forest. Ug. I spent the next two hours running but also checking obsessively for any unwanted passengers.

Running to me means having fun, so I always run with a smile… It’s the best fuel.