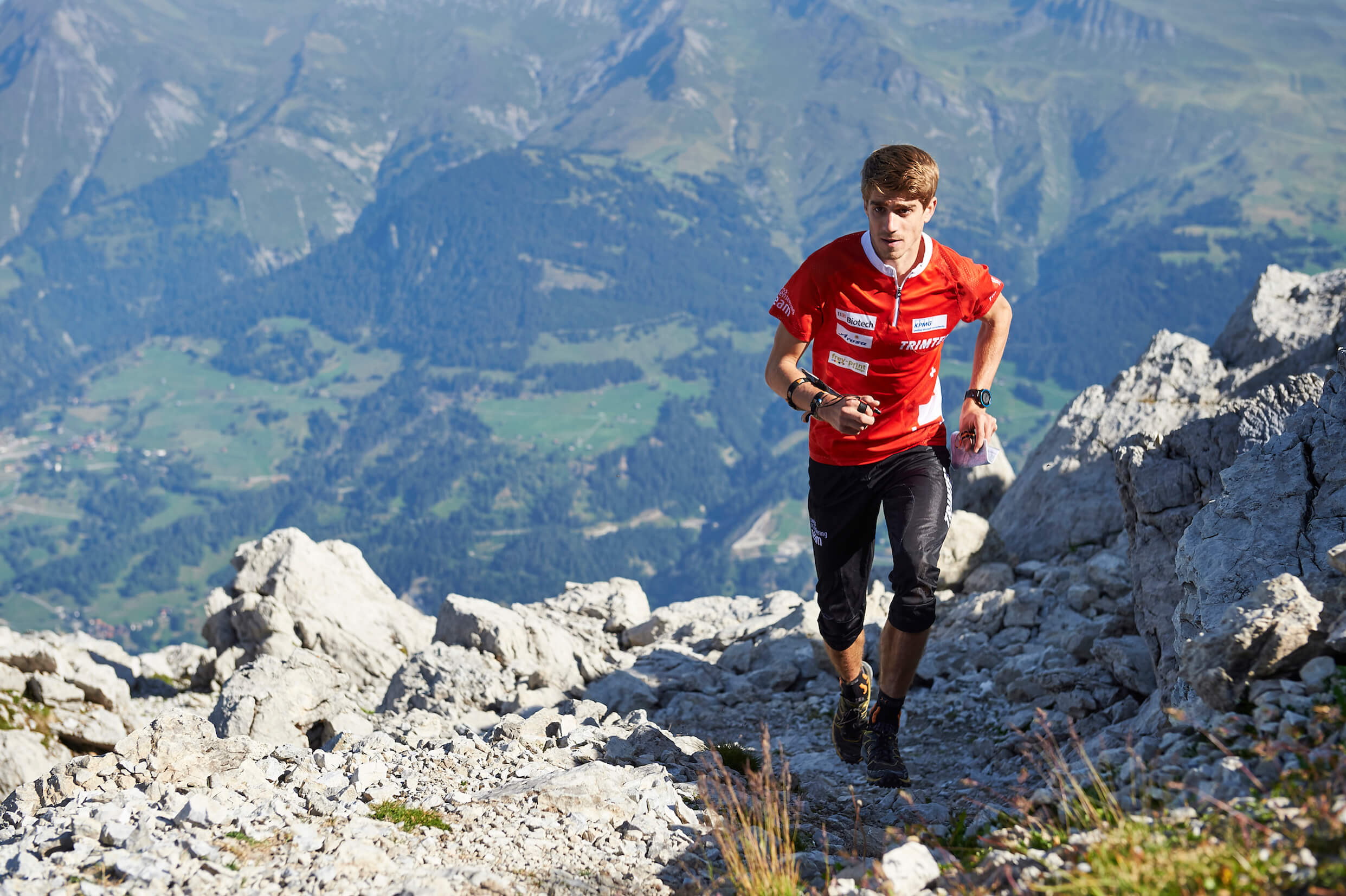 Next one to introduce for 2017 NUTS Ylläs Pallas is Florian Howald, who’s attending to 30km race. Florian does orienteer running and races in Swiss National A team. He’s European Champion 2016 in orienteering relay; he came 3rd in sprint at same European Championships and 5th in middle distance. In overall WC2016 he was 9th.

When did you start orienteering?

I started with orienteering through the family. My parents, also former orienteers, took me as a child to orienteering events and I like it. I ran my first competitions with the age of 7-8 years.

As a boy I have been doing also football for a short time and gymnastics for a longer time. But orienteering was always my favorite sport because I could be in forest and I liked a lot the task of mapreading. Still nowdays I think of orienteering as a really interesting sport because every training and competition is a different challenge in varying terrain with diverse demands.

What do you think of trail running races? Have you previously done any?

Are you going to take NUTS Ylläs Pallas seriously 🙂

NUTS Ylläs Pallas is going to be part of my ‘summer holidays‘ since my main goal for next season (the World Orienteering Championship in Estonia) will be finished one week earlier. Even though I have never raced on such a long distance I think I will be in good shape after the peak of my season, so I hope to be able to seriously race in NUTS Ylläs Pallas.

How do you train?

My training consist of the typical diversity for orienteers. It’s base is of course a lot of endurance training done mainly with running on varying surfaces with replacing alternative training such as biking, deep water running, cross country skiing now and then. Further, power training for core muscles as well as legs is important and I try to invest also in my running technique and foot stability. The occasional speedwork done with fast runs, fartleks, intervall sessions etc. is an important part of my training. On top of that we do orienteering trainings in specific terrains to work on our orienteering technique.

Actually my two longest runs both I have run in Finnish Lapland! During summer 2014 I ran with some Finnish friends two 3h runs in Saariselkä region and in Äkäslompolo region. That same year I have been also taking part in Tunturisuunnistus in Pallas region with a running time of 5h15 divided on two race days. Therefore I think I am well prepared for NUTS Ylläs Pallas ;-).

For beginners I think it is important to have a goal (like some target trail running race) and be motivated to work for this goal in very small steps. Even starting with 1-2 shorter runs a week can lead to a big improvement in the beginning. After that training duration and amount can be gradually increased. Running together with friends and in groups or in special places with nice scenery can be very motivating. Most important is to enjoy the journey towards the race and finally be with a smile at both the starting and finishing line.

How did you discover NUTS Ylläs Pallas?

When planning our holidays in Ylläs region for summer 2017 my parents and some of their Swiss friends told us about the NUTS Ylläs Pallas race. They have been competiting before, they like it, so we got interested in racing too.

What are your expectations of Lapland?

Since I have been already in Lapland several times in winter and once in summer I know what to expect. I am really looking forward to a beautiful and endless scenery and hopefully some warming sunrays. Further I expect a nice atmosphere and an unforgettable experience at NUTS Ylläs Pallas trail race.
NUTS Team thanks Florian from the interview!